Posted on May 31, 2014 by stretchingittotravel

Magnolia Plantation is open summer hours of 8 – 5:30 and winter hours of 9 – 4:30.  They offer a tiered admission so you can pick what you want to visit and pay for those items only.  We went with a basic admission ($15) and added on the Audubon Swamp ($8).

They also offer a historic home tour for $8, this is the old guest house. (The original plantation home is not standing.)  You can add a nature train ride for $8.  A nature boat ride for $8 and a slavery to freedom tour/talk for $8.  An all inclusive pass is $47 for adults and $42 for children 6 to 12 years old.  http://www.magnoliaplantation.com/admissioninfo.html

We were driving from Charleston to Savannah in the afternoon so I really only wanted to see the gardens and the swamp.

We intended to start first with the orientation movie in the theater.  But the movie was not going to start to run until 10:30.  That was two and a half hours after the plantation opened.

After a visit to the petting zoo we found the walkway for the garden path.  You are given a numbered map to follow but ended up just walking in no real order.  If we came to a split in the walkway we took whichever side  looked interesting.  I wouldn’t say things were well marked on the trail.  The trail was wide and easy to follow so you could not become lost, just not well marked to find some of the locations.

I found pansies an odd choice with the heat.  It was in the 80’s the morning we visited.

END_OF_DOCUMENT_TOKEN_TO_BE_REPLACED

Posted on May 30, 2014 by stretchingittotravel

We visited the Magnolia Plantation on a Saturday morning.  It is about 12 miles or 25 minutes from the Charleston historic market area.  The drive is very easy but we did encounter some construction on the road to the plantation for about 4 or 5 miles.

Magnolia Plantation is open summer hours of 8 – 5:30 and winter hours of 9 – 4:30.  They offer a tiered admission so you can pick what you want to visit and pay for those items only.  We went with a basic admission ($15) and added on the Audubon Swamp ($8).

After you pay at the ticket window the petting zoo is right behind the cafe.  It is included with your admission

END_OF_DOCUMENT_TOKEN_TO_BE_REPLACED

Posted on May 29, 2014 by stretchingittotravel

When I went looking for things to do in Charleston I came across the USS Yorktown. We have toured a few ships and I thought this would be fun. Husband saw they had a ghost tour and picked this as his “thing to do” for the trip. (Usually we each pick a place, tour, or restaurant that we are doing. This way everyone is happy.)

The ghost tour is offered nightly Sunday to Thursday at 8pm and Friday / Saturday at 9:30pm. We had to do Friday night as it was the only night that worked for us. I would recommend Sunday through Thursday if you can.  The cost is $25, you pay in advance on the website. And the tour is for ages 12 and up because #1 you are on the ship and #2 it can be scary!

To be fair a good deal of our experience was beyond the tour guides control.  You cannot control other people but it was frustrating and not a great start!  You are asked to arrive by 9:15. We were a little early and there at 9:10. There are bathrooms and an area with picnic table to wait for the tour to start.  By 9:30 the rest of our tour group had not arrived.  But the 9:45 tour group had all their people and set off into the ship.  While Husband and I waited. Tour guide called the missing people and had no response.  We waited until 9:45 when they finally showed up.  A drunken bunch of college guys in town for a bachelor party.  Yayyy!  It sucked, this is not how I wanted to take a ghost tour with a bunch of loud obnoxious young drunks.  After putting up with them for ten minutes I was considering just bailing on our tour and asking for a refund. We had not even boarded the ship yet.

The tour guide had some reservations if the guys could even make it onto the ship, let alone climb ladders or take a tour. So he bumped us to the 9:45 group that had already begun the tour.  We hustled to meet them on the ship with their guide.  We had missed the opening 10 -15 minutes of the tour and the background video.

Things improved greatly from there and we had a good tour of the ship.  We heard about the unfortunate accidents that befell some of the crew members. And about others ghostly encounters recently aboard the ship.  We also had an EMF detector that went off in a hallway once.  It was fun and we did have a good time.

The ship was featured on the show Ghost Hunters.  http://www.syfy.com/ghosthunters/episodes/season/8/episode/810/haunted_by_heroes

You will be climbing ladders, ducking through doorways and obviously are in a ship. So dress accordingly and watch your head. Our tour lasted almost two hours and while we didn’t see any ghosts it was interesting.  The drunk group was long gone by the time we left the ship so who knows how much they really saw.

Please, if you are doing a tour be on time! Almost every tour we took on this vacation we had people who were late.  It was one of the more frustrating aspects of this trip.

Posted on May 28, 2014 by stretchingittotravel

We had time to kill over near Mt. Pleasant.  We drove over the Sullivan’s Island and saw Fort Moultrie and the beach. We arrived just before sunset and parked to the left of the fort. Fort Moutlrie is open from 9-5 daily and admission is $3 for adults, $1 for seniors. http://www.nps.gov/fosu/historyculture/fort_moultrie.htm

END_OF_DOCUMENT_TOKEN_TO_BE_REPLACED

Posted on May 27, 2014 by stretchingittotravel

We look at menus before we travel and try to find a place that interests both of us.  Husband LOVES his seafood and wanted to try the local blue crabs that were in season.  I enjoy a good burger so I can eat almost anywhere.

Charleston Crab house offered roof top dining, had great reviews, was near our car and offered the blue crabs.  http://www.charlestoncrabhouse.com/

I had the burger with waffle fries.

Husband had the side of blue crabs and the shrimp entree with greens and red rice.

The food was good and we were given hush puppies to start. Really we were too hot to eat a lot of food. Our server was a little slow on the refills but our neighboring server was on top of things. And we listened in on his menu descriptions to get some good ideas.  It was a good meal and we would go back again, hoping to get the other server!

Charleston Crab House is located at 41 S. Market Street in downtown Charleston by the historic market.

Charleston Tours by Foot was Excellant!

Posted on May 26, 2014 by stretchingittotravel

We signed up for a “Free” Charleston walking tour with Tours by Foot. http://www.freetoursbyfoot.com/charleston-sc-tours/ Its nice to walk a new city as you travel to get a good feel for the area.

We signed up for the Civil War walking tour for a Friday.  The tour was offered at 3pm and you reserve your tour online.  After you reserve you are emailed the meeting location and instructions.

We met our guide promptly at 2:55  on the corner, he and two other women were waiting for us.  A group of five total was great!  You could hear everything, ask questions and move easily.  Scott was one of the best tour guides I have ever had.  He had a notebook full of old pictures to show you the history he talked about. We started with the great fire and vote for succession.  He was able to show us photos of the building the vote took place in and how the town looked after the fire.

He walked us to the buildings that were taken over during the war.

And at the same time gave us a architecture and history tour.  Showing us how some buildings were updated over time. And information about the great earthquake in 1886.

END_OF_DOCUMENT_TOKEN_TO_BE_REPLACED

Posted on May 25, 2014 by stretchingittotravel

We were fortunate enough to be able to step inside the St. Michael’s Episcopal Church on our day in Charleston. Generally if the door is open you are allowed to step inside.  Often there is a little donation box available as you pass into the church. Please throw a little money in to say thanks for allowing us to visit.

President George Washington and General Lee worshiped here and its very awe inspiring to step into a church with such history and age.  The church burned in 1835 and was rebuilt, looking pretty much the same as it does today.

I had never experienced the family pew until stepping into this church.

END_OF_DOCUMENT_TOKEN_TO_BE_REPLACED

Posted on May 24, 2014 by stretchingittotravel

After spending some time in the historic Charleston market place area I was dying for some lunch. I eat three meals a day while Husband does not. He generally works through lunch and eats a large dinner.  I get “hangy” and need to eat!

After perusing some menus we settled on Noisy Oyster.  We asked for a booth by the open windows to people watch while we ate.  This is a really busy area and my idea backfired. It was mostly people watching us eat while waiting to cross the street, oh well! It was 1pm on a Friday, who knew?

A couple of cold drinks made the wait for food go quickly.

END_OF_DOCUMENT_TOKEN_TO_BE_REPLACED

Posted on May 23, 2014 by stretchingittotravel

Memorial Day through Labor Day the Blue Star Museum program offers free admission to military personnel and their families.  (This includes active duty, National Guard and Reserve military members and their families.) This program is offered by the National Endowment for the Arts.

This includes more than 2,000 history, art, science and children’s museums. Here are some examples of museums that are included:

A website with more information and a listing by state can be found here :http://bluestarfam.org/Programs/Blue_Star_Museums

Thanks to all of our current and previous military members for all that they have done and continue to do for our country! 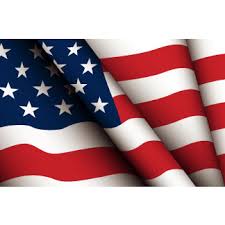 Posted on May 23, 2014 by stretchingittotravel

I had read about the Civil war museum in the historic market place area.  I figured if we had the time we would check it out before our civil was tour. We easily found the building at the market entrance.  It was hard to see if it was open or not.  The location is at the top of a stairway with two huge wooden doors.  We had to climb the stairs to see if it was open and up there was an open sign on the ground in front of the door.

I forgot to take a picture but this is what it looks like from the outside. Its located at 188 meeting street. The pic is from Post and Courier.

And inside there is no photography. Here is another pic from Post and Courier of the inside.

The items were all donated by family members of the Confederates. It was an interesting mix of items from swords, bullets, coverlets, and clothing.